The taste of summers past... makes a welcome return

McMahon's Soft Drinks was started by Mr Frank McMahon in a small rented factory in Martin Street Ipswich in 1934. By 1940 Frank bought the factory and adjoining buildings to expand operations. Over time, sons Jim and Peter joined the family business. In 1977, after having survived the 1974 floods which inundated the Martin Street site, the business moved to a larger and more modern factory at Wulkuraka. With a home delivery service, McMahon's Soft Drinks were an iconic brand in Ipswich and widely known throughout the region. As the soft drink market changed and became dominated by supermarkets and multi-nationals, the business ceased operating in 1991.

A Limited Edition of McMahon’s iconic SARSAPARILLA and N-E-THING flavours will be released in November 2019 in cartons of 24 x 300ml bottles with funds raised supporting the vital work of Ipswich Hospice Care.
Produced under exclusive licence by Cooks Soft Drinks, Pittsworth Queensland.

UPDATE 6/12: We have very very limited stock available, after this there will be no more available. Please bring a print out of your order and collect from the Swim Factory by Friday, December 13. 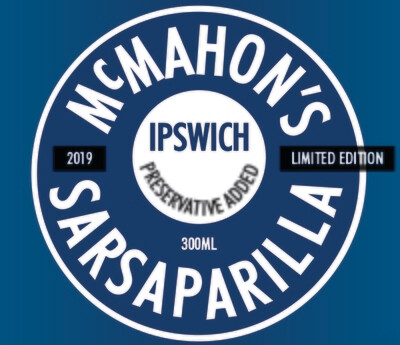 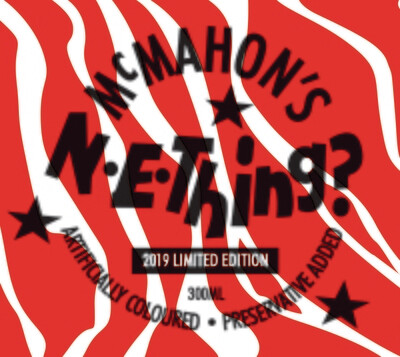